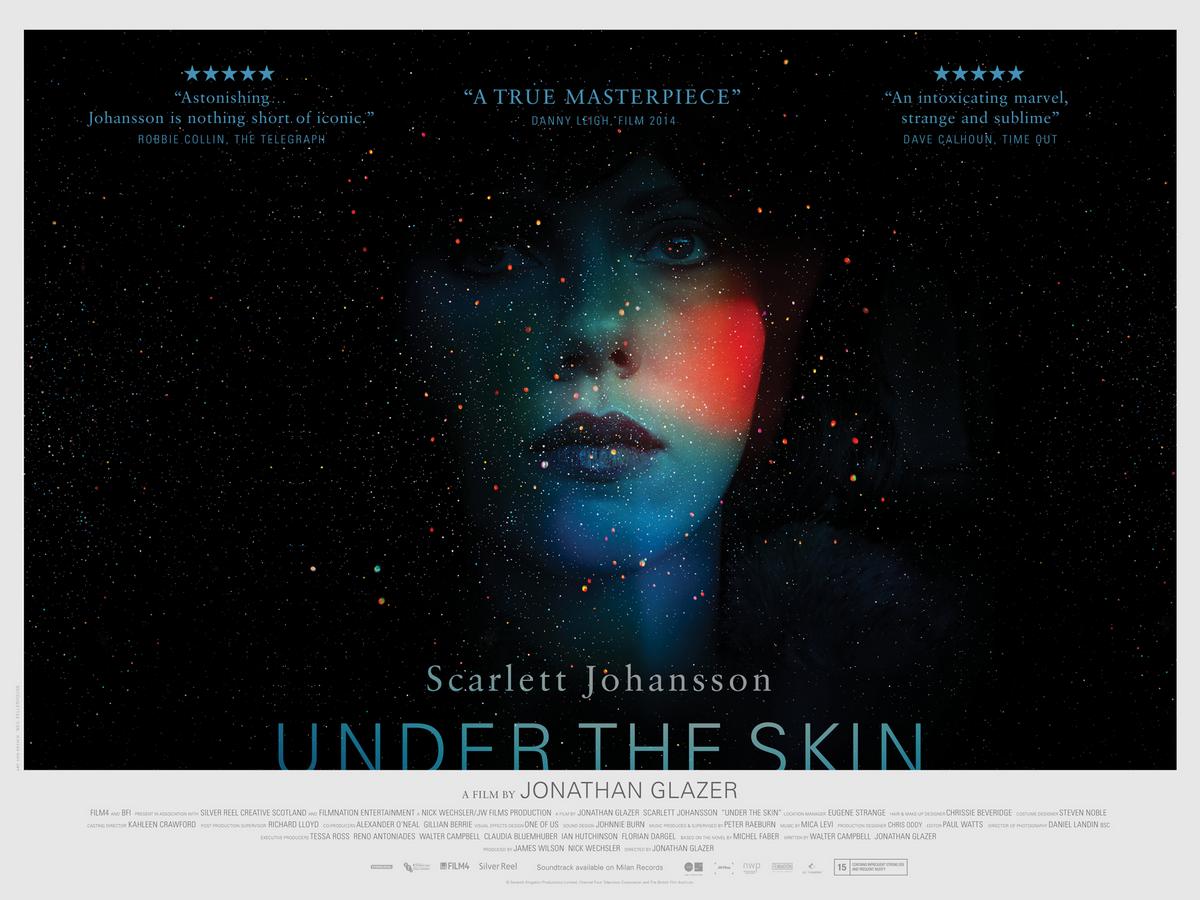 I took a half day off work to see this, and thus missed Ann Widdecombe on the Jeremy Vine show talking about ‘What It Means To Be Human’. However, this offered a roughly comparable experience.

An attractive alien disguised as movie star Scarlett Johanssen drives round Scotland picking up men. These are transported back to her home planet as meat – at least, they were in Michel Faber’s novel. The film version is less concerned with the mechanics of the operation than the book, and it’s even less like science fiction. The book is about sexual politics and the way the systems we live and work in deform us; the film is more about, well, What Makes Us Human. And whether the cold eye of the camera can partake of that.

It begins with an eye staring out at us, and then we are observing the largely unappetising inhabitants of Glasgow from a moving vehicle. Scarlett picks up a few men, some of whom – apparently – didn’t know they were being filmed. Lured into a house with the promise of sex they find themselves naked in a room with a black liquid floor that supports her, but not them. Eventually they have their insides sucked out. And not in a good way. (I assume that by this stage they knew it was a film.)

The first half of the film left me slightly cold. I found myself wondering what the people next to me were thinking of it. (Also, why they’d chosen to sit right next to me in a more than half-empty cinema).

But no doubt director Jonathan Glazer intended this – not the people sitting next to me, he is unlikely to have had any control over this, but my feeling of alienation. I mean, it’s about an alien isn’t it? It ain’t rocket science.

Then about halfway through, something changes. Scarlett picks up a deformed guy, who is the first to resist her sexual wiles, not because he’s unwilling, but from shyness and fear of humiliation – ‘I want to go to Tesco’s’, he at one point plaintively protests: the film’s best line I think. He awakes in her a sympathy, and she starts to malfunction, daring to fraternise with the locals. A man picks her up and shows her the best that human civilization can offer – Deacon Blue, Tommy Cooper, and penetrative sex (which she reacts to by jumping out of bed to examine her vagina with a table lamp.) By this time, I was no longer really thinking about the people next to me. There may be an irony there.