Don’t Be Afraid Of The Dark 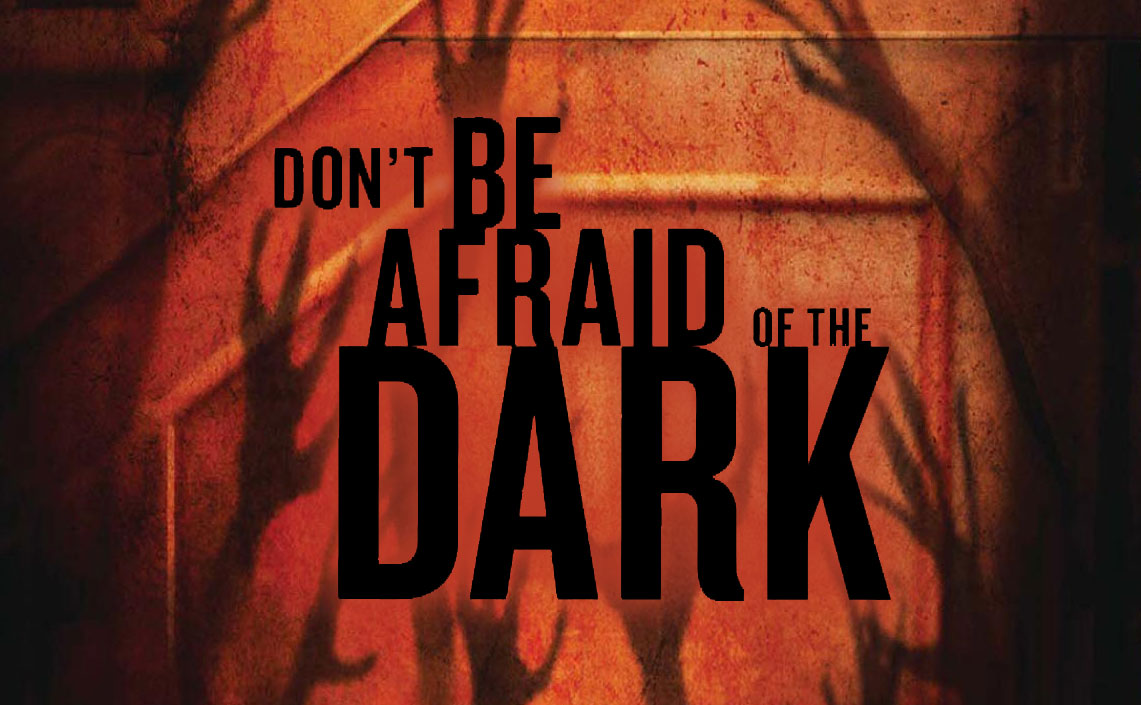 I’ve wanted to see the 1973 made-for-TV movie Don’t Be Afraid Of The Dark ever since I read about it in Halliwell’s Film Guide in the early 80’s. I never have, but no doubt it would be just as disappointing as Troy Nixey’s 2010 remake, which I watched – in order to try and replicate the vibe of the original – on TV.

Not that this is a terrible film exactly. Its least forgiveable aspect is its dropping – and mispronouncing – the name of Welsh visionary horror writer Arthur Machen. It falls with a tinny clang onto very stony ground. But it would be an exceptional film that could do justice to Machen – and this is an unexceptional film.

In it, a sullen little girl (Bailee Madison) goes to live with her architect father (Guy Pearce) and interior designer stepmother (Katie Holmes) in a mansion that, she soon discovers, is infested with ratlike versions of the tooth fairy – and not the kind of tooth fairy that’s willing to wait for the teeth to fall out naturally. Obviously Dad and stepmom don’t believe her and, with a weary inevitability that is characteristic of the film, a child psychologist soon appears at the door.

A conscious effort to avoid any potentially-interesting plot developments seems to have been made. The possibility that the child might form an alliance with the little creatures against Pearce/Holmes is raised – either that, or my attention was drifting and I was starting to invent my own plot – but she is soon suitably terrified as it becomes increasingly evident that they are only interested in her teeth. Since they have proved themselves capable of hospitalizing a full-grown caretaker, it’s a wonder the creatures don’t just help themselves, except the film would have been a lot shorter then (not necessarily a bad thing). Maybe it’s because the fairy folk are notoriously perverse – though not so perverse as to seriously disrupt the conventions of a formulaic OK horror film.

You can see how the film got made. It’s a perfect fit with two of producer Guillermo Del Toro’s previous projects – Pan’s Labyrinth from 2006 (young girl encounters various fantastical creatures) and The Orphanage from 2007 (child disappears in haunted house) – plus it’s a remake. It has little of Pan’s Labyrinth‘s insight into the drama of being a child and none of The Orphanage‘s poignancy (although the ending is surprisingly bleak), but it has that sense of inevitability, as if it was bound to be made eventually, and therefore doesn’t need to inject much energy into explaining itself, getting through on a kind of inertia – possibly the very same inertia that prevents me from reaching for the remote and switching off, even though I’ve got work in the morning. The film just isn’t quite bad enough.