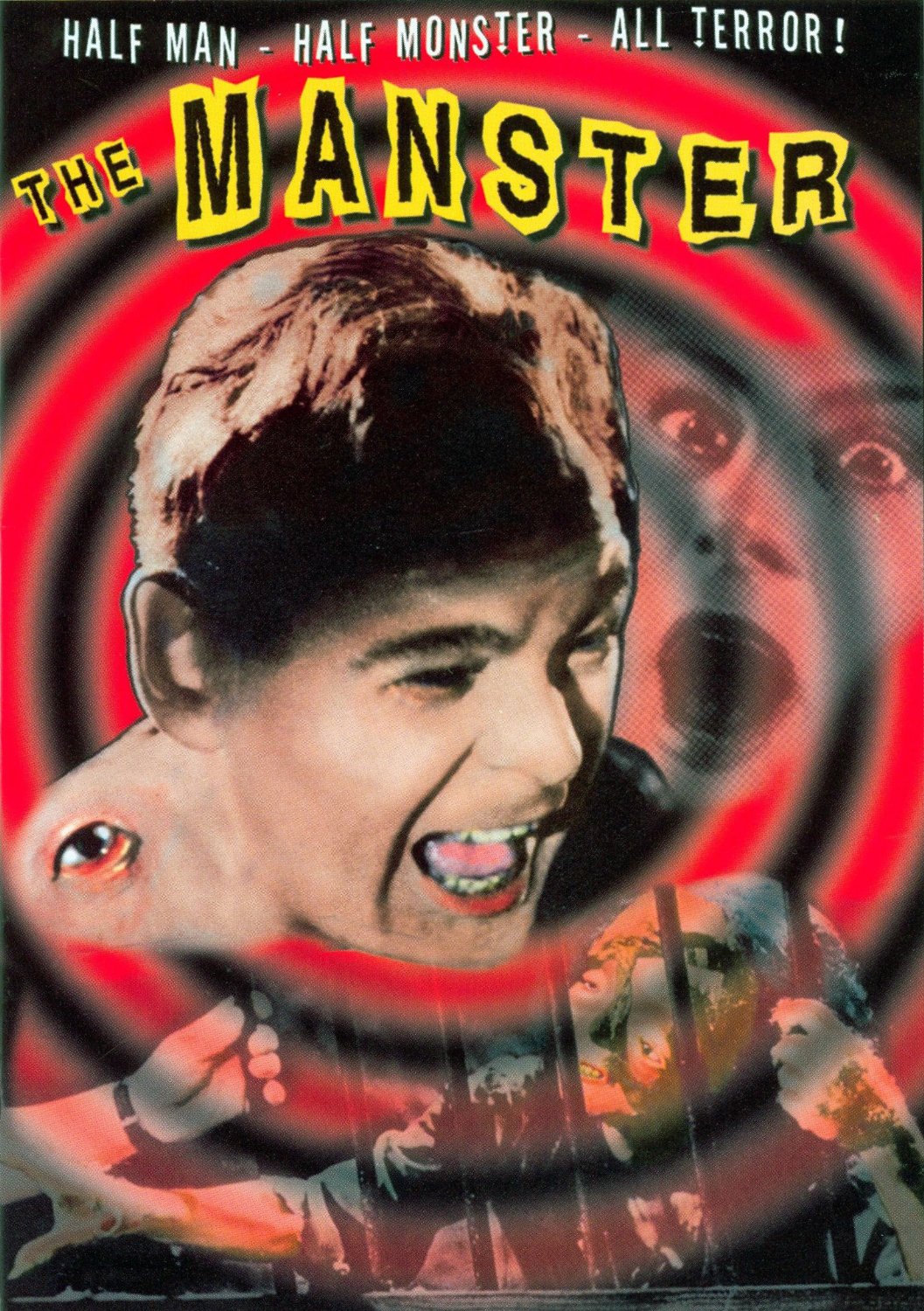 I got this in a DVD box set called Brains That Wouldn’t Die (‘6 Midnight Movies on 2 DVDs!’). On the plus side, there are some hard-to-see films here – on the downside, such is the picture quality that they often remain hard to see, even while you’re watching them. Although luckily I also managed to catch this at the ICA once, hard as it to believe that they were showing it. Well, perhaps I dreamed that. It’s the kind of film you might dream – a clunky, but gratifyingly bizarre, item.

Larry (Peter Dynely), a glib American journalist in Japan, finds himself exploring Tokyo’s seedy underbelly in the company of his new friends, mad scientist Dr. Suzuki (Tetsu Nakamura) and his glamorous assistant Tara (Teri Zimmern). What Larry fails to realise is that Suzuki is less interested in him as a person than he is in his right shoulder, on which he is cultivating a second head, for mysterious reasons of his own. Suzuki has already turned his own brother into a hairy beast (and shot him) and his wife into a mutant now kept caged in his underground laboratory. The scientific value of such experiments remains unclear, but even if he’s just doing it for fun you can hardly blame him, the results are so diverting.

Though you have to sympathise with an increasingly drink-sodden and irritable Larry as he examines his right shoulder to see a big eye glaring balefully up at him. We’ve all been there I think.

Larry also has domestic problems in the form of his highly-strung wife (Jane Hylton), who has come all the way from the States to force him to choose between her and Tara, now his mistress. He chooses Tara. Is this the influence of Dr. Suzuki’s sinister chemicals? Or was Larry always a bit of a bastard? My money’s on the latter, but let’s just say it’s ambiguous in the film. What isn’t ambiguous is Larry’s new head, which swells up like a balloon (which it may in fact be) in the office of the psychiatrist Larry’s boss has recommended. Imagine the psychiatrist’s dismay – not only has everything he thought he knew about the world just been overturned, he now has a second head to psychoanalyse! Luckily he doesn’t have to, since Larry kills him.

Indeed, as the theremin on the soundtrack continues to shriek, Larry is soon on something of a murderous rampage though Tokyo, with the police in hot pursuit. With his second head now in full beastly effect – and his original one looking pretty hairy too – he returns to Dr. Suzuki’s laboratory and kills him. Before expiring, however, Suzuki manages to inject Larry with another chemical that eventually causes him to split into two – a hairy version and a smooth one – though not before he has decorously placed himself behind a tree. The hairy aspect of Larry throws Tara into a convenient volcano, and then the smooth aspect of Larry (aka: ‘Larry’) chucks the hairy beast into the volcano after her, thus paving the way for a reunion with his wife, who is still hanging around. Except another barrier to their happy ending appears in the form of Larry’s arrest, leaving the wife to be consoled by Larry’s boss, who foresees ‘quite a legal problem’ deciding just who is responsible for the two-headed creature’s reign of terror. Which is putting it mildly, I think.

If this is an unconscious working out of American guilt over Hiroshima – and this may have been the reason for the ICA presentation – it is quite an entertaining one, even if it makes a point of placing the ultimate blame for the disaster on a Japanese scientist. There are two directors, oddly echoing the ‘two heads’ theme. I could tell you their names but you’ll have forgotten them within minutes.