Norte: The End Of History 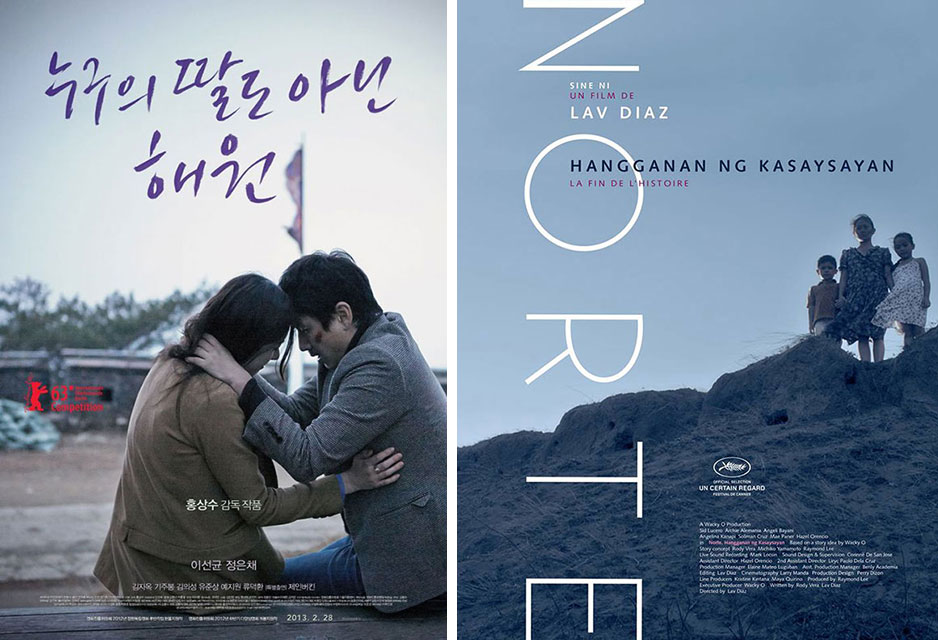 ‘You do know this film is four hours and ten minutes long?’, asked the man doling out the tickets at the ICA. In fact, I knew about the four hours but not the ten minutes – but I said yes. He advised me to go to the toilet beforehand, as if I needed to be told.

That morning I’d seen something about the Toughman Challenge on TV, people forcing themselves to run through acres of mud. Fools, I thought. Then I went to see a four-hour-plus film in a small, packed, cinema with no air-conditioning on one of the hottest days of the year. By the time I’d grasped the irony, it was too late.

Still, one of the quotes on the poster said it was ‘mesmerising’. It bloody better be mesmerising, I thought as I sat down.

Sad to report, I was not mesmerised. Like a patient being operated on without anaesthetic, I was aware of my discomfort throughout.

Which is not to say that Lav Diaz’s Filipino epic, a take on Crime And Punishment, is a terrible film. It’s often excellent. But four hours demands nothing less than a masterpiece in my book, and I’m not sure that this is a masterpiece. He has been known to make films that are eight hours long, I believe, so there’s a sense in which he’s ‘gone commercial’ with this one. And in some ways it does feel like a compromise. He should have either made a 16 hour film or Expendables 4. Nothing in between.

Fabian (Sid Lucero) is a dropped-out law student who spends his time debating politics with students and teachers in bars and on the streets. Eventually, wearying of theory, he decides to make an intervention in the workings of the system by killing a moneylender – and, as it turns out, the moneylender’s young daughter, who witnessed the crime.

Another man, Joaquin (Archie Alemania) whose motive for the murders was less theoretical, goes to jail instead of Fabian, and we move between his experiences in prison (he is tormented by someone called Wakwak), Fabian’s slow awakening to guilt and the need for atonement, and the travails of the prisoner’s wife and kids as they struggle to cope without him.

And so it goes – the wife sells vegetables, the prisoner becomes a kind of saint, nursing Wakwak after he suffers a stroke, and Fabian goes (even more) bonkers, rapes his sister and kills his dog. And by the time it was over I felt like I’d spent four years in a Filipino jail, which was probably the whole point. The feeling was not entirely dispelled when about halfway through the film the ICA staff appeared with plastic glasses of chilled water, which we dutifully passed along the rows as if trying to put out a small fire at the end. Thankful as I was for this, it made me feel like we were the victims of a humanitarian disaster. (Also, when I first saw the glasses, I had hoped for wine.)

The frustrating thing is that there are plenty of memorable moments and striking compositions here, but also scenes that flirt with the obvious and the banal. A tiny scene between Fabian and the moneylender’s daughter struck me as curiously scintillating, as if suffused with an awareness that he will later stab her to death. But in a later scene, Joaquin’s daughter is seen with her face in her hands and I knew immediately what was upsetting her – kids at school had been teasing her about her dad being behind bars. However, I knew this not from some subtle inflection of the direction, but because I’d seen it done on Eastenders. Many times.

The plot kept distracting me from the immersive aspects, but then the plot kept grinding to a halt in extended scenes of vegetable-selling. Caught between melodrama and inertia I was not immersed, but floating. And not in a comfortable way.

The apocalyptic implications of the title surface occasionally in impressive aerial swoops over a ravaged landscape, but I could not locate a coherent tone, distracted as I was by my own situation in the hot dark cinema. Diaz is, so I’ve read in Sight & Sound, a humanist, and his sympathy for his characters is not in doubt but what about me? Aren’t I human? What right, I wondered, does he have to put me through this? Which wasn’t really fair, but then I wasn’t thinking straight. I wouldn’t trust me if I were you. I haven’t even read Crime And Punishment.