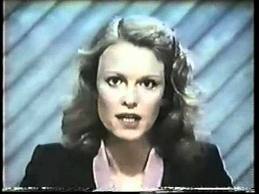 The critical appeal of the recent Mad Max sequel was so across-the-board that it even screened at arthouse venues like the Curzon Soho – while I was in there waiting for Christian Petzold’s (excellent) German drama Phoenix to start, a trailer for it played. The woman in front of me turned to her companion when it had finished and said: ‘I feel dirty now’. I went to see Mad Max Fury Road there two weeks later because I wanted to feel dirty too.

In truth it isn’t quite the CGI-free zone I’d imagined but it’s certainly grittier than your average blockbuster. It also manages to offset authentic Ozploitation scuzziness with a genuine feminist slant as it’s made pretty clear just who fucked up MMFR’s post-acopalyptic world (men) and who offers a possibility of hope for the future (women). Of course, our hero is instrumental in turning things around, but it’s his madness they need, not his masculinity – although there is clearly some ‘synergy’ between these.

When it comes to subverting the masculine-dominated world of the car, however, MMFR pales beside another feminist classic – no, not Thelma and Louise or even Tarantino’s Death Proof, but 1979 made-for-TV thriller Death Car On The Freeway, which has recently been showing (quite often) on Freeview channel movies4men. Ironically enough.

As you might expect from the title, this is schlock on several levels. A man in a distinctive van with blacked-out windows cruises the freeway in broad daylight, hunting down lone women drivers and forcing them off the road, all the while playing loud manic fiddle music, which has the media christen him ‘the Freeway Fiddler’. Jan (Shelley Hack), a crusading TV reporter, joins the dots and eventually tracks him down.

Now I don’t drive, and perhaps I’m being naïve when I suggest that this seems highly unlikely – a noticeably sinister black van targeting women drivers on a busy road in front of numerous witnesses, then disappearing without trace each time, and hardly anyone seeming to even realise that a crime has been committed until Jan gets on the case.

Adding to the slightly ludicrous air – and this, I acknowledge, is unlikely to worry many people – is the fact that the emphasis on eye-witness TV interviews kept reminding me of Ray Stevens’ novelty country song The Streak, wherein the activities of the titular streaker are catalogued with regular contributions from ‘your action news reporter’ interviewing appalled witnesses (“I hollered: ‘Don’t look Ethel! But it was too late.’”). There were fiddles on that too, I expect.

But these were my initial reactions – when I actually sat down (or, as it may have been, lay back) to watch the film I was chastened to realise that it was a lot more intelligent than I had thought. And, although it may not be Chantal Akerman, its approach to feminism is surprisingly enlightened and thoughtful for something directed by Hal (Smokey And The Bandit) Needham.

Tempted as I now am to examine The Cannonball Run for feminist subtexts, it’s probably fair to say that most of this is in William Woods’ script. The idea the film evokes of the freeway as a kind of artificial savannah, with the Fiddler cast as the predator hunting down lone female ‘gazelles’ is slightly ridiculous (the slogan ‘Put A Tiger In Your Tank’ is asserted as evidence) but also strangely compelling; and it’s neatly contrasted with a female psychologist’s profile of the killer as a stunted child who secretly hopes to be caught and punished. Even the silly ‘Fiddler’ moniker, with it’s connotations of masturbation, seems apt in this light.

Peter Graves plays a police chief who dismisses the idea of a van maniac and points out that some of the female victims had committed traffic violations in the past (translation: they were asking for it) and George Hamilton plays the heroine’s ex-husband, who is continually trying to lure her back into the relationship by downplaying her journalistic achievements (he used to be her boss).

For a film written and directed by men, this film is unusually sceptical about them. The ones who come out best are (not so surprising, this) Hal Needham, who plays a ‘hazard driver’ teaching the heroine some tricks of the trade, and Frank Gorshin (once the Riddler in TV’s Batman) as the heroine’s sympathetic boss. I had rather hoped that the latter would turn out to be the killer – and that, therefore, the Fiddler would be the Riddler – but sadly that was a trick the makers seem to have missed.

The film’s high point – if you completely ignore the action sequences – is Jan’s visit to a grubby downtown auto repair shop, where she is following up a lead. Bikers stand sullenly observing her outside, like the birds in The Birds, and the men inside might as well belong to a different species from her, so painfully inarticulate are they.

Not that they are monsters – after all they are giving up the identity of the Fiddler, from whom they wish to distance themselves. Nevertheless they are a memorably troubling presence. The guy who gives the heroine the vital information is facially-scarred, which may be a step too far into daytime Gothic territory, but his one line of dialogue is memorable: ‘You talk too much’, he tells Jan.

Given her job, this is witty. It implies the yawning chasm between the media and ‘real life’ and the one between women, who need to use language in order to establish themselves, and men, who just are.

The final vehicular confrontation between Jan and the Fiddler feels a bit tacked-on, and is of less significance than the fact that she doesn’t go back to George Hamilton, who is amiable enough, but whose smug assumption that she will give in and admit that she belongs with him is just the kind of thing you might expect the script to yield to too – that it doesn’t is, I submit, a very minor triumph in the history of the feminist movement.