Pride And Prejudice And Zombies 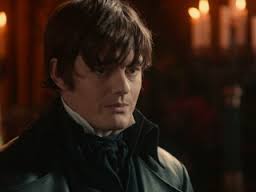 In theory this could be my ideal film, uniting art and trash with no middle ground; but there’s a difference between theory and practice. I remember years ago, when I used to work in Waterstones, looking at the cover of the book this is based on and wondering if there was any point in actually reading the thing or if I had already gleaned everything I needed to know just from the title.

Years passed without my ever reaching a conclusion. And now this.

I did not have high hopes for it, thus the DVD was relegated to a Friday night slot, after the second Coronation Street of the evening and half a bottle of wine. It may be that certain subtleties have escaped my notice.

Early on in PAPAZ Elizabeth Bennett declares her intention of having nothing to do with Mr. Darcy ‘zombies or no zombies’. This line struck me as a misstep since it raises the possibility of a version of Pride and Prejudice made without zombies. Might that, the unconvinced viewer wonders, be …better?

Maybe, although there are a few diverting bits of business here, including Mr. Darcy’s use of ‘carrion flies’ to detect the presence of the undead, or a church full of zombies taking communion with liquidized pig brains as a substitute for the real human thing. This last is presided over by Mr. Wickham, Mr. Darcy’s biggest rival for Elizabeth Bennett’s hand, and made me wonder if in this version she would end up with him instead of Darcy. After all, such progressive notions with regard to the undead would surely have made him the hero of a George Romero movie.

Unfortunately the film remains respectful of the original in this respect, as in many others – it’s as though it doesn’t want to offend hardcore Austen fans, who are hardly likely to be watching anyway. Its most glaring twist on the original is to add martial arts training to the roster of a young ladies’ accomplishments. Other than that the Bennett sisters remain much as they were – still swooning over men in uniform and waiting to be swept away in marriage. To introduce a glaringly incongruous element into a familiar scenario, yet not to be prepared to fundamentally change the scenario, seems to show a want of brains. Or at least of mischief.

Matt Smith, playing the unctuous Parson Collins, seems to have a mind to drag this into a zone of broad comedy where, who knows, it might even have thrived. But his attempt to steal the film seems to be fatally undermined by the realisation that it isn’t worth having. Lily James offers the best performance as the heroine, but Sam Riley’s Darcy, scandalising society with his sulky expression and refusal to wear hair gel, is uncharismatic, making you think that she could have done better by marrying a zombie (which would in fact have been the case had she married Wickham, since he was one all along).

At least that would have represented a wholehearted attempt to bring the two genres together – as it is they’ve not been ‘mashed up’ so much as introduced at a ball and left to make awkward small talk for a couple of unrewarding hours.