So This Is Real Life – Three Documentaries 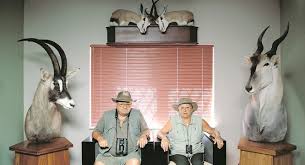 This is a film about the making of a biopic about Ambrosio O’Higgins, who – back in the 18th century – travelled from Ireland to Spain to Chile, where he became quite a big deal and his son Bernardo even more of one. In a Tristram Shandy kind of fashion the biopic never quite happens; or it does and this is it.

Joe Lawlor and Christine Malloy’s first film, from 2008, was the startling Helen, in which a woman playing a murder victim in a police reconstruction begins to identify with the dead girl. The motif of the reconstruction proved a very fruitful way of questioning the roles we play and how much they represent our ‘true selves’.

Aiden Gillen (star of Joe Lawlor and Christine Molloy’s second film Mister John) is eventually slated to play Ambrosio but only appears for a few minutes at the end, so the main ‘characters’ become the two voiceover artists (Denise Gough and Alan Howley) supplying the narration. This is amusingly discursive, veering from Ambrosio’s story into philosophy, asides on the film-making process, and another parallel account of Lawlor’s mother’s migration from Ireland to New York and back again.

If you’re looking for a straightforward account you might find this frustrating. We don’t arrive anywhere, but Lawlor and Molloy are more interested in the journey. So was I – this is clever, playful and funny, and although it was in the Experimenta strand of the London Film Festival it’s a useful reminder that sometimes experiments just work.

Ulrich Seidl’s last film, 2014’s In The Basement, was a documentary about what Austrians get up to in their basements. If you were thinking sadomasochistic sex games and hoarding Nazi memorabilia you’ve got the gist of it, but Seidl’s beautifully-composed tableaux found just the right distance from their subjects, not quite mocking and not exactly sympathetic either: poignant and ironic.

It’s a technique he can’t fall back on so easily here, where he’s forced to be on the hoof, trailing his subjects (smug or naïve Austrian tourists playing at being big game hunters) around the veldt. There’s a sense in which he is out of his comfort zone, which is not the right phrase at all where Seidl’s concerned, but never mind.

What makes it worse for Seidl is that his subjects have appropriated his working method. In spite of the thrill the participants claim to experience, ‘hunting’ turns out to be a rather cold-blooded activity, a matter of finding the right distance from your prey and taking your shot from there. Then they compose their own little tableaux, posing for photos with the animals they have killed – the photograph becoming the whole point of the exercise.

Which leaves Seidl tetchy and restless, or so I imagine. The ‘high point’ of the film is a lengthy scene showing the reduction of a giraffe from gracefully aloof wonder of nature to unwieldy lump of meat, which Seidl observes with passive-aggressive fury. When he does fall back on those posed static shots they can seem misjudged. He not only denies the black workers at the game reserve a voice, he shoots them up against a wall of mounted animal heads, or has them chewing on bones like extras from Dawn of the Dead.

This may seem crass, but when you hear the ranch owner talking, with his wife, about how fast ‘the blacks’ can run (‘when they want to’) and later talking about the problem of overpopulation, you do wonder where things are heading.

Finally the ranch owner concludes that maybe the world would be a better place without people, and Seidl closes on a chilly, riveting composition showing the entrance to the ranch, lit up against the darkness, guarded by a dog. It looks like the way in to a tomb. It’s the most striking image in the film, possibly suggesting that, on the aesthetic level, Seidl agrees with the ranch owner’s worldview.

Maybe that’s why the film felt unsatisfactory – the director is at odds with his own aesthetic – but that’s also what makes it interesting.

Also showing at the ICA in the London Film Festival, this attracted a crowd, which probably says more about the appeal of David Lynch than that of Peter Braatz, who directed it. As a young aspiring film maker back in 1986, Braatz was granted access by Lynch to the set of Blue Velvet where he took some Super-8 footage. What to do with it though? Braatz made an earlier attempt to use it in a film called No Franks In Lumberton, but nobody really noticed, or if they did they weren’t too keen.

So now this: a dreamily opaque hour and a half evocatively scored by Cult With No Name and Tuxedomoon. At one point someone in it – I think it was Dennis Hopper – says that watching a Lynch movie leaves you ‘poised on the edge of the unconscious’, which was roughly how I felt throughout this. Of course, this is also a good way of describing the experience of being half asleep, which is also how I felt, about half the time.

The rest of the time I felt involved, perhaps because I was busily attempting to work out whether these fragments of footage, and there weren’t very many, were adding up to anything – Lynch speaks; a shot of the sky; Jack Nance says something about how he can’t watch films because he can’t suspend his disbelief in people pretending to be people they’re not. But perhaps the point is that these bits of footage don’t quite connect – and the overwhelmingly elegiac atmosphere of the film is a response to that loss of connection. That which might have given them meaning is buried back in the irrecoverable past, along with Braatz’s lost youth.

Except that there’s a sense that this past is not wholly irrecoverable since it is, in a sense, embodied in the film Blue Velvet, whose plot occasionally surfaces and drags you into it for a while before relinquishing you to the general miasma.

Then again, Blue Velvet is itself only an artificial construct, and self-consciously so. If Bratz were indulging in nostalgia for his lost innocence, it must be remembered that nostalgia and innocence are notions that Blue Velvet is busy deconstructing.

So you see I am after all drawn into all kinds of mental convolutions, though not without pondering if it’s me or Braatz doing all the work here. This isn’t quite Cuacedec, Vampir (an art film made around the shooting of Jess Franco’s 1970 take on Count Dracula that turned into a more considerable piece of work than its source material). Then again such alchemy was unlikely to happen in this instance, since Lynch’s film is far better than Franco’s.

So as our programmer Michael Blyth suggested before the screening, there are more questions than answers on offer here. Even the crucial question – is this an arty DVD extra or a work of art in its own right? – remains unanswered. But we should remember that Blue Velvet itself was hard to get to grips with at first. And I can definitely recommend the score.