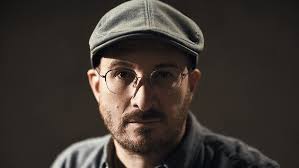 The release of Darren Aronofky’s latest film was preceded by a director interview by Trevor Johnston in Sight & Sound urging viewers not to read it until they’d seen the film, since (even more than is usually the case) the more you knew about this film in advance the less you were likely to enjoy it.

A better way of maximizing your enjoyment of mother!, however, is not to see it at all – stick with the trailer. Shown extensively at Frightfest, this covers all the film’s themes with admirable concision, suggesting interesting possibilities instead of spelling its Big Ideas out laboriously yet confusingly.

I’m not entirely sure that Trevor Johnston was right anyway: mother! gives the game away in its opening scenes, with Javier Bardem’s unnamed character magically restoring his burnt-out house with a crystal he places reverently on the mantelpiece. Shortly after this we see Jennifer Lawrence’s unnamed character stirring in bed as if she has come to life along with the house.

But what about the foundations? Knowing right from the start that this isn’t fully embedded in the real makes it hard to fully engage with Lawrence’s plight, however intense things get. She is the devoted wife of difficult Great Poet Javier Bardem, who lets weird people like Ed Harris and wife Michelle Pfeiffer come to stay in their remote house indefinitely just because Harris claims to be a fan of Bardem’s work.

Soon Harris and Pfeiffer’s two sons pitch up only for one to kill the other; and to make matters even worse Bardem offers to host the wake. In the face of some decidedly unruly guests Lawrence’s hostess skills start to fail her, but when all hell has broken loose and it’s all over it turns out that Bardem has been inspired to write a poem (his first for some time) – a poem short enough for Lawrence to read in a matter of minutes, yet potent enough to start riots.

We never get to read it, which is perhaps a mercy, but judging by Lawrence’s generally positive reaction it’s more than just ‘All work and no play makes Javier a dull boy.’ Although one of the possibilities we should bear in mind is that Bardem is not a Great Poet at all but a deluded egomaniac whose fantasy we’re all trapped in. Certainly all the soaring acclaim for his (one-page) poem seems to have gone to his head, as well as everybody else’s, as he appears to metamorphose into a kind of dictator (we are probably meant to remember that Stalin started out as a poet), while his agent (Kirsten Wiig) takes to shooting dissidents in the cellar of a house which seems to have expanded to contain the whole world.

While the crowds of worshippers, protestors, riot police, etc. descending upon the house naturally cause Lawrence some distress, she has other priorities: she’s having a baby! She doesn’t have it for long, however, since on arrival it is unceremoniously – or do I mean ceremoniously? – thrown to the mob and eaten. Eaten? Really? Yes really. Or rather, as really as this film gets.

As an understandably upset Lawrence stabs at the crowd with a shard of glass before being thrown to the floor and kicked (‘Die cunt!’) I was wondering how I should be reacting: ‘inappropriate cackling’ did not seem all that far away.

This is the other big problem with the film – it needed to be funnier. As it is it’s like the Theatre of the Absurd with no sense of absurdity. Instead, Aronofsky goes for full-on emotional disturbance and devastation, but without an emotional connection, falters. Only Michelle Pfeiffer’s performance – somewhere between menacing and camp – seems to catch the right tone.

Finally the house is destroyed but Bardem wrenches another crystal out of his wife and muse’s charred and ravaged body to set the whole process going again with a new young wife. The crystal represents Undying Love – or maybe his naive conception of Undying Love – or Womanhood – or the essential spark of life or… look, I dunno. Ideally, it would open itself up effortlessly to all kinds of interpretations, but for me it just sits there on the mantelpiece like a kitsch ornament that visitors struggle to find a kind word for.

The film’s Message might be: only women can really create, men can only destroy (or, as another great sage once put it: men are from Mars, women are from Venus).

If this is the case, the film becomes an illustration of the thesis. In the Sight and Sound interview, Aronofsky talks about how ‘the script just leapt out of me. It was about going with that initial emotion, and basically deciding to ride the missile’. This sort of approach can work with some material, and perhaps it can work with any material if you happen to be a genius. Aronofksy has made some decent films before (notably The Wrestler) but he falls short of that.

If this really does want to be a feminist film about the fundamental destructiveness of men, that phrase ‘ride the missile’ does seem to be rather telling.

Still, there is certainly a lot to ‘unpack’ here – I could probably write a book about this film and I don’t even like it. And it has its supporters. It’s fair to say that in the context of the multiplex the film at least takes risks. Context isn’t everything though – and even if it is, I saw this at the Curzon Soho.