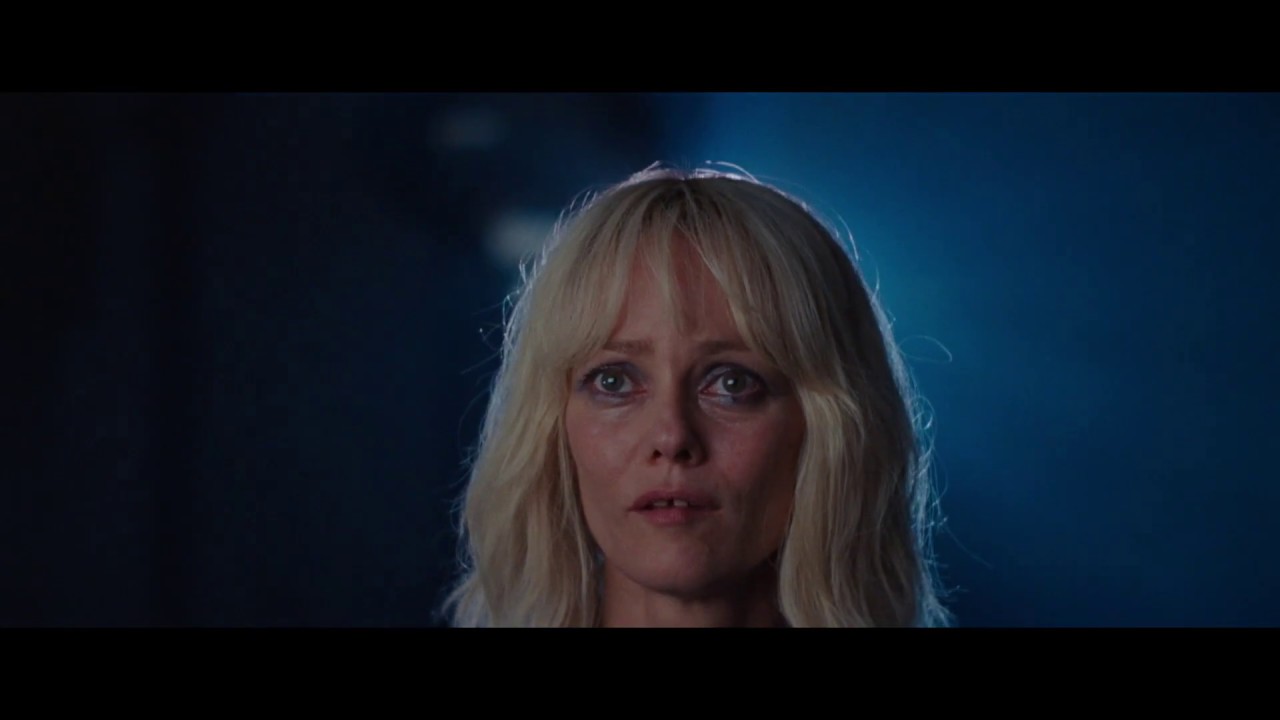 Mandy sold out very quickly at the London Film Festival, so I was pleased, having failed to secure a ticket, to see that it was showing in that very same week at the Prince Charles Cinema, which meant that I could see it for a fiver rather that sixteen quid. It was just about worth it.

Panos B Cosmatos’ tribute to the covers of lurid pulp paperbacks of the 70’s is certainly colourful and entertaining even if it doesn’t really manage to penetrate its own hyper-stylised fug of pastiche, never quite committing either to self-parody or to demented sincerity.

There is a slow Lynchian half and a faster violent half in which Nic Cage, maddened by the killing of the eponymous heroine, dispatches the cast, including Linus Roache as a murderous cult leader and a bunch of LSD-crazed bikers who seem not so much to be wearing leather as constructed out of it. Cage is fine, while leaving you with the nagging sense that he’s going through the motions; Andrea Riseborough makes Mandy more than just an occasion for bloody vengeance. Still, something is missing – cannabis maybe?

Yet a really good film would surely provide its own intoxication. Mandy is an artfully-constructed hallucination that’s glorious to look at. But the madness isn’t there.

If this sounds terribly knowing, it is, but the pastiche giallo is disrupted not only by queerness but by mystical elements, with a subplot about a remote forest frequented by blind rooks with the ability to raise the dead. Amazingly this isn’t totally absurd, and the film manages to uncover a surprising emotional depth and strangeness beneath the glittering surface of its style, aided immensely by Paradis, who is thoroughly compelling as the difficult heroine, helplessly in love with another woman but unable to stop herself treating her like shit.

I didn’t catch Luca De Guadagnino’s remake of the 1977 Dario Argento classic at the London Film Festival – on top of all those other films this two and a half hour epic seemed like it might be a bit too much. It’s a bit too much anyway. Suspiria certainly resembles a 70’s film in its devil-may-care willingness to bite off more than it can chew, its brown palette, and the fact that it is set in 1977: it’s just that that film is definitely not Dario Argento’s Suspiria.

By the time screenwriter David Kajganich has roped in the Amish, the Baader-Meinhof Gang and the Holocaust into the (now Berlin-set) scenario, the original is scarcely recognisable. There is still an American girl checking into a dance school run by witches, but our heroine Susie (Dakota Johnson) swiftly becomes unknowable, a willing vessel for bigger forces that aren’t especially well defined, operating within a disjointed narrative – meanwhile Tilda Swinton (in one of her three roles: the main one being Susie’s exacting tutor Madame Blanc) gets to wear a grotesque fat suit that brings The League Of Gentlemen to mind.

On the other hand the modern dance sequences have a visceral energy that certainly feels that it could have Consequences – political, spiritual or otherwise; and the ending, wherein a transformed Susie reveals to another of Tilda Swinton’s characters (a male Holocaust survivor) the true fate of his late wife was actually moving, even though I was aware throughout that I should have found it wholly ridiculous – after all, not long before this she was going round the room making people’s heads explode.

It’s as if a kind of Triumph of Kitsch has been effected. Perhaps the opacity of Johnson’s character, singled out as a fault in a number of reviews, is in fact a strength. After all it makes sense for a character with a burning ambition, like Susie, to turn herself into an impenetrable Thing. Such people do need to become inhumanly dedicated to their work; her subsequent return as something closer to myth than human makes perfect sense in this context.

The film has proved divisive (the usually easy-going Kim Newman was moved to call it, or much of it, ‘weapons-grade bollocks’ in Sight and Sound) but it’s more engaging to my mind than certain other entries into the genre by big-name directors (The Neon Demon, The Cure For Wellness) managing not quite to fall into either portentous solemnity or high-camp silliness.

And if it doesn’t necessarily know what it is supposed to be doing, or even if it’s a horror film at all, maybe that’s what keeps it light on its feet. I certainly prefer it to Guadagnino’s other remake, A Bigger Splash (an attempt on the to-my-mind equally uninspiring French film La Piscine) which even failed to turn Tilda Swinton into a convincing fey rock star, surely the easiest thing in the world. She is, on balance, much better served here, as are we: I’m just not entirely sure with what.