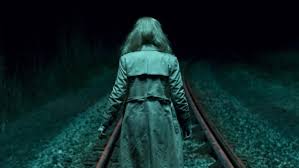 Kuba Mikurda’s documentary presents a pretty standard view of Borowczyk, which won’t be a problem for people who have no idea who Borowczyk is I suppose, and they are the vast majority of the population, and perhaps even of the small audience who turned up at the ICA for this. Still I couldn’t help but feel disappointed. But I would probably have been disappointed if I hadn’t been disappointed. That’s just the kind of person I am.

The most surprising contribution here is from a furiously gesticulating Slavov Žižek, who doesn’t mention Borowczyk or his films at all. Instead he talks about the way ‘sexual liberation’ can become just just another kind of oppression – a compulsion to ‘enjoy’. It’s a well-worn topic of his, but suggestive of the sort of counter-intuitive thinking the documentary perhaps needed more of.

Everyone here talks about Borowczyk’s first venture into eroticism, 1974’s Immoral Tales, as being a celebration of sexual freedom but there is that in the way Borowczyk frames his subjects, in his fetishistic take on images, that hints endlessly at the reverse, at entrapment. It is that contradiction which makes his films so fascinating, evoking the way the objects of our desire always escape us, for all that we continually try to put them in boxes.

Borowczyk himself feared being put into a box (labelled ‘pornographer’) and the documentary even illustrates this with one of its own little animations, done in the manner of its subject. But is the film inadvertently doing the same thing?

Typically it devotes a lot of time to Emmanuelle 5 (while also contriving to give the impression that it is beneath notice) and while this makes perfect sense – since it really was the nadir of Borowczyk’s career – you might still question why it takes up so much space while better films like Behind Convent Walls or The Strange Case of Doctor Jekyll and Miss Osbourne aren’t mentioned at all.

His final film, Love Rites, is only mentioned in passing, presumably because it suits the narrative better to act as if Emmanuelle 5 was the last film he made. And once more this is perfectly understandable. Borowczyk walked off the set of Emmanuelle 5 after an argument with the lead actress and later said that he didn’t direct any of it apart from Love Express, the film within the film. It suggests Borowczyk taking his leave of the industry; it makes for a good story.

But there are other ways of looking at things, as Borowczyk’s films demonstrate.

In reference to Borowczyk’s ‘fall from grace’ Terry Gilliam says that the way Borowczyk’s career went illustrates the point that being avant garde doesn’t necessarily bring the money in. However, one could make the argument that Emmanuelle 5 is an avant garde film. It is, after all, a Borowczyk film not made by Borowczyk but only containing his work. In that sense it does resemble a work of modern art. OK that’s an oblique and possibly glib view – or to put it another way, it’s a joke, like much of the best modern art. But that was just the kind of mischievous approach I wanted – I wanted a film that thought outside the box.

On the other hand it’s a pleasure just to get 70 minutes devoted to ‘Boro’ and if it contains precious little information about his personal life – apart from his fondness for boiled potatoes – then even a long-standing colleague like cinematographer Noël Véry doesn’t seem to have got to know him all that well, for all that they had a good working relationship.

But there’s a sense in which Borowczyk’s appeal lies in his very elusiveness, and perhaps we should be grateful that this film doesn’t nail him either. He continues to disappear.

As does the heroine of this film. I seem to have missed director Agnieszka Smoczynska’s debut, The Lure, a horror musical about a man-eating mermaid – and you wouldn’t have thought that was easy to miss. Her follow-up is a long way from how bonkers that sounds – it’s even ‘based on a true story’.

We first see the amnesiac heroine (Gabriela Muskala) crawling out of a subway tunnel and taking a piss on the platform. Two years later she still hasn’t recovered her memory, so heads for the place everyone goes to to discover their identity: TV.

Recognised as Kinga (rather than Alicja, the name she has acquired), she returns to what she is told was her old life but although she can remember her PIN number she struggles with other aspects of her surroundings, like her husband and young son. Muskala is a magnetic presence, coming across like a feral creature resolutely holding out against a world that is trying to tame her. It’s to the film’s credit that we can never quite be sure whether we should be urging her to give in or keep her distance.

At times the film seems as if it could be going into Hitchcock territory but there is no conspiracy plot or shocking revelation – neither is there an unresolved ambiguity. Instead there’s an explanation that, while it contains drama, is nothing too far out of the common run – at least when compared to a man-eating mermaid.

Suffice it to say that the relationship Alicja has returned to was already broken when she left it – in fact the act of leaving her husband was what precipitated the trauma that wiped out her identity. Now she reconnects (or perhaps connects for the first time) with her family, only as a prelude to a final departure – this time she leaves her son behind too, as though the first attempt to leave was only a practice run for a fuller departure. As we watch her melt into the landscape we are chastened to realise that, although we have been totally involved with this woman’s story, we never knew her at all.

The director was meant to be there for a Q&A but was apparently detained by Netflix (working for it, not watching it) so, as with the heroine of her film, her absence had to speak for her. It was eloquent enough.