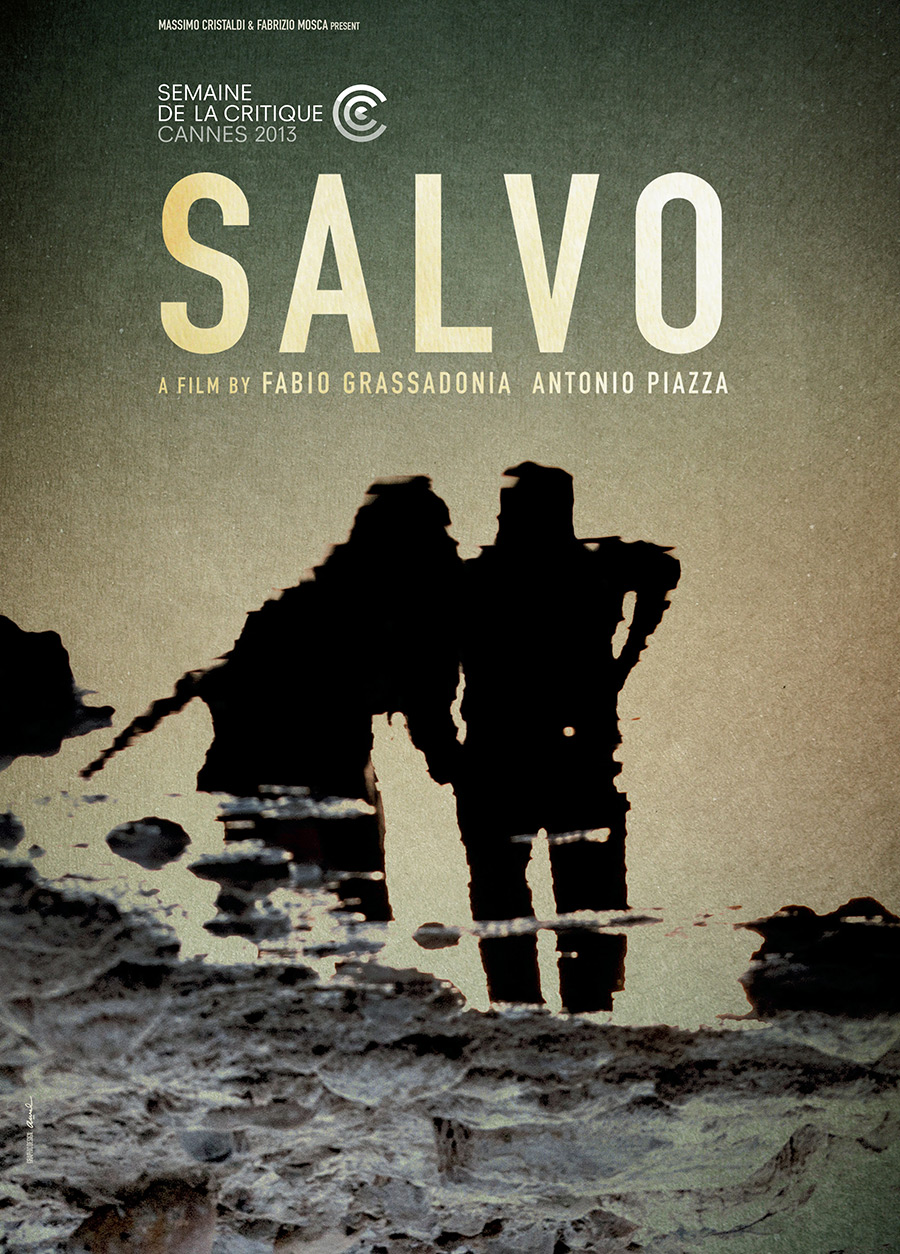 Mafia hitman Salvo (Saleh Bakri) kills a guy but instead of despatching his sister Rita (Sara Serraiocco) – a witness to the crime – he chooses to hide her in an abandoned factory and keep her fed and watered. Why? Love? Pity? Or is he caught on the horns of a metaphysical dilemma?

You see, she’s blind. How can he kill a ‘witness’ who hasn’t actually seen anything? Which leads him directly into another paradox: the dealer of death is now keeping someone alive. Or perhaps these questions never even occurred to the makers of Salvo. It doesn’t matter – the important thing is that they occurred to me. If they didn’t want me to start thinking these things they shouldn’t have made such an opaque film, should they?

Fabio Grassadonia and Antonio Piazza’s stylish, absorbing film is not eager to explain itself, any more than the Mafia are, generally-speaking, open and above board and happy to take questions. It’s withdrawn in the way of its characters: living ‘like rats’ in drab lodgings and cellars in Palermo, these truculent specimens aren’t even enjoying the glamour that attends more successful Mafiosi. The couple Salvo lodges with treat him with the deference appropriate to minor royalty, but their straitened circumstances render this absurd and pathetic.

And within this murky world Salvo withdraws even further, into his own folie a deux with Rita in the factory. Again and again the sound design (Guillame Sciama) reinforces the impression of being in an enclosed space while the noises of the ‘real’ world go on outside: a situation not dissimilar to being in a cinema, especially a near-deserted ICA on a Friday afternoon. This notion of ‘noises off’ was both echoed and challenged by a minor explosion about halfway through the film as a lightbulb inset into one of the steps along the aisle blew. I wondered whether this was an oblique art strategy – the ICA’s version of the kind of thing producer-director William Castle used to do in the ’50’s and ’60’s: wheeling out an inflatable skeleton into the auditorium for House On Haunted Hill, or wiring up a lucky patron’s seat to give them an electric shock for The Tingler. There was a bang, a flash, and a burning smell that lingered – a member of staff later appeared to peer into the general area. A coincidence, I suppose, but in some mysterious way it improved my viewing experience, once the initial shock was over. But I guess you had to be there.

The crucial aspect of the film, which I haven’t yet got around to mentioning, is that the blind woman gets her sight back, a fact which isn’t greeted with the expected surprise and jubilation but – like so much else in the film – has to be, to some extent, inferred. Here, however, is the crux of the matter (I expect): Rita hasn’t seen Salvo killing her brother, or indeed anyone else – her returning eyesight (possibly an effect of his own healing hands) effectively recreates him in a new, softer, image. It allows him the possibility of redemption. Indeed, soon enough he is resisting his landlady’s attempts to cook him special meals and joining his hosts in the kitchen for tinned tuna straight from the can. However this new version of Salvo, given his circumstances, seems likely to be a short-lived one. And so – spoiler alert – it proves to be.

The last scene has Salvo and Rita sitting side by side on a sofa staring out the window in a shot from behind that deliberately brings a cinema audience to mind. He has saved her; but he is dying. Rita never quite comes into focus as a character – the only thing that stops her from being a mere symbol of our chiselled hero’s redemption is her entirely generic hostage behaviour (refusing to eat, being generally sullen, etc etc). However, she is the one who gets up off the sofa. We hear her walking out and shutting the front door, leaving Salvo dead on the sofa, and us ICA patrons listening to the distant sounds of water lapping and voices on the soundtrack as the credits roll and we develop our obscure theories about what we have just witnessed before (or was this just me?) wandering up the road to buy a cheese and onion pasty in the Tesco Metro. As I remember, it was a good one.