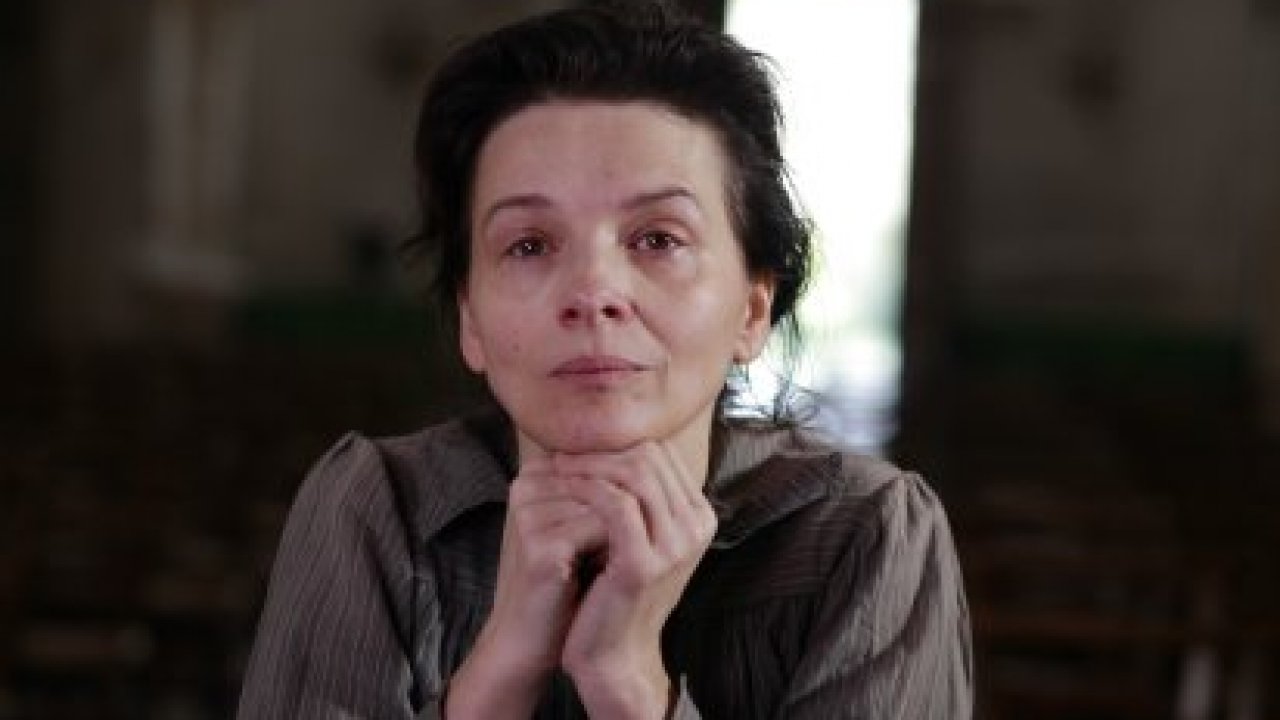 This meeting of two arthouse legends – Bruno Dumont, a director who has previously always refused to work with professional actors, and Juliette (Chocolat) Binoche – is heralded by posters screaming BINOCHE CLAUDEL DUMONT, in the manner of ads for an action movie featuring Schwarzenegger, Stallone and, er, I dunno, Statham? But audiences should not be expecting action – though Binoche does occasionally break into a run.

This film isn’t about doing, it’s about being. Binoche so centres herself in the role of Camille Claudel, a sculptor (Rodin’s mistress) incarcerated in a mistral-ravaged asylum in Southern France, that you’d swear Dumont really had her committed. And I wouldn’t put it past him.

It’s an extraordinary performance, all the more so because the film is light on dialogue and she has to convey so much through expressions. But Binoche is good. So good she can even do those hitherto-thought-involuntary tics of the lower eyelid you get when you’re tired. So good she can act with the back of her head.

Dumont is similiarly centred. He knows landscapes, and can surround us with them without the aid of 3D trickery. I expect the sun comes out for him on command by now. And his perversity remains intact too. He may have sold out by recruiting a big star but many of his non-professionals here are not even trying to act: they too are just being – being severely mentally and physically disabled.

John Waters compared this film to Tod Browning’s Freaks – which, in case you don’t know, is high praise, and in its way, rather shrewd. In Freaks, a bunch of amiable circus freaks turn savage to enact a hideous revenge on the ‘normal’ woman who has betrayed one of their number. Of course Dumont doesn’t show his ‘unique individuals’ slithering through the mud in a thunderstorm, knives between their teeth, ready to carve Binoche into a human chicken. This isn’t that kind of film.

Nevertheless there is an awareness of the duality Browning is exploiting, in which the ‘abnormal’ are seen as either lovable innocents or colourful grotesques, and nothing in between. Dumont encourages us to project such assumptions upon Binoche’s fellow inmates – and then question those assumptions. Which is no more than we do with Binoche, much of the time. In fact, we find ourselves projecting Camille Claudel’s projections onto them. It may sound like hard work, but trust me: it’s as easy as breathing.

In an early scene the other inmates appear to be taunting the paranoid Claudel, and we can see them from her point of view as a demonic chorus tormenting her, their twisted bodies an affront to a sculptor’s ideas of form. It’s as if God Himself were mocking her inability to create (her few attempts in this direction during the film leave her frustrated and sobbing) with some of His own more awkward creations.

Or I could be getting carried away. It’s hard to tell. More definite projections come from Claudel’s brother Paul, whose visit she is eagerly awaiting throughout the film – his projections have the force of Church and state behind them. A strict Catholic, he sees her incarceration in the asylum as a punishment for her sins, which include pride, abortion, and living in sin with Rodin (and generally acting like a woman, in that society and at that time, shouldn’t). If the film has a villain, he is it – but his observations still have a certain plausibility in the film. We can see Claudel’s refusal to integrate with her fellow inmates as a manifestation of ‘pride’.

In one scene Claudel pushes one of the inmates, childlike Mlle Lucas (Alexandra Lucas), violently away when she tries to comfort her, seeing in this woman only a reminder of her own sorry plight. The next time we see Mlle Lucas she is excitedly telling Claudel that her brother has arrived – she seems to share Claudel’s joy, the earlier incident quite forgotten. And yet, as she looks after Claudel, grinning, we might also read into her exaggerated expression a devilish glee, as if she knows exactly how it’s all going to work out and is relishing Claudel’s inevitable disappointment. ‘Everything is a parable’, Paul tells his sister, as he crushes her hopes of freedom – and here is one he has helped to bring about himself, to the effect that pride comes before a fall.

It’s a parable that, depending on your reading, exploits Mlle Lucas as both wounded innocent and gloating demonic inhabitant of Camille’s personal Hell. Again that duality, indicative of a simplicity, not in Alexandra but in Paul Claudel’s inflexible worldview. And, perhaps, in ours.

Dumont’s simplicity is of another kind. He doesn’t interfere or moralise – he steps back, allowing various feelings and points of view to proliferate without selecting one. He lets me get carried away (and I love him for this).

And he leaves Camille Claudel sitting in a patch of sunlight, content for the time being, while words on the screen materialise to inform us that she will never leave the asylum in all the years that follow, and will be buried there anonymously among the remains of other inmates.

Paul Claudel didn’t attend the funeral, perhaps feeling that mere bones were an irrelevance compared to his sister’s immortal soul which, after her lengthy atonement, would assuredly have found a place in Heaven. Dumont himself is an atheist, and does not concur – but he still believes in something, and whatever that something is, it’s here in this film in its most distilled form yet.

His next project – this from a director not noted for his sense of humour – is apparently a TV comedy series about cops. Now that is hard to believe.