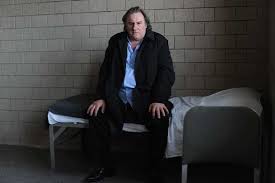 L FOR LEISURE
The fact that people are nostalgic for the 90’s is beguilingly weird to me – I was there, and barely noticed them – but maybe this is why I enjoyed Whitney Horn and Lev Kalman’s goofy, dreamy, possibly inconsequential L For Leisure so very much. It was showing at the London Film Festival and may never be seen again for all I know, but it left me feeling as ‘mellow’ as its characters.

Purporting to hail from the 90’s, this collection of faux-holiday/home videos (filmed on 16mm in fact) starts out with students debating the unconscious appeal of post-apocalyptic scenarios on contemporary politics and ends up with a guy teaching his dog to surf. In between there are visits to France and Iceland, and a lengthy, underlit, carpark flirtation between a group of girls and a group of boys. God knows what it all means – I expect it’s really about 9/11 – but it manages the trick of being (mock)-smart and (mock)-dumb at the same time, which is more than can be said for Zombeavers. For example.

WELCOME TO NEW YORK
This was the first film I saw at the Prince Charles after the debacle of Mothra – here, the great beast descending upon a major city is Gerard Depardieu, playing ‘Devereaux’, a version of ex-IMF Director Dominique Strauss-Kahn, a man who not only mixes business with pleasure but seems to have entirely lost his ability to distinguish between the two.

Arriving in NYC he finds his path strewn with call girls and cocaine by well-wishers, and when a hotel maid happens to be in his room when he waddles out of the shower the resulting collision seems as inevitable as if she had blundered into the path of a bus – a bus driven by a great big lumbering sex-addict.

Director Abel ‘Driller Killer‘ Ferrara doesn’t put any obvious spin on Deveraux’s fall from – well, not grace exactly. Instead, as Deveraux is fingered for sexual assault and finds himself the incongruous occupant of an NYC jail cell, he just stares in fascination at this man caught up in the bowels of a system he helps to maintain. As did I.

Although Sight & Sound said it was ‘shit’.

IT FOLLOWS
Back in the 80’s Stephen King called David Cronenberg ‘the King of venereal horror’ (eliciting Cronenberg’s famous response: ‘Venereal horror is a small field, but at least I’m King of it.’) Well not for much longer maybe, because another David (David II) is stepping up to the throne. It’s David Robert Mitchell, director of 2010’s The Myth Of The American Sleepover, and now this.

In It Follows Jay (Maika Monroe) discovers that sex can have worse consequences than chlamydia: it can leave you terrorised by an evil revenant that keeps advancing at an eerily unhurried pace towards you. You can run, but if you seriously want to avoid being killed and your body reshaped into some grotesque new form the only cure – not recommended for chlamydia – is more sex, as quickly as possible. Then it’s someone else’s problem.

The film works as a sly comment on that puritanical streak in teen horror in which the sexually active are the first to die, but it’s also sensitive to the notion of teenage sex as an emotional minefield. Set in an eternal American suburb, this recalls other horror films – Halloween, Nightmare On Elm Street, Ring – but seems to have boiled them down into some essence of teenage disquiet, creating something that feels quite fresh.

Fresh enough to turn into a franchise, a prospect which the director (at the London Film Festival) seemed to be seriously considering. One hitch might be the titles – It Follows Again? It Still Follows? It Goes On Following? Nothing sounds quite right. Even It Follows 2 sounds confusingly like a description of It Follows 3. But I’m sure Hollywood’s finest minds will work something out.

HIDE YOUR SMILING FACES
There seems to be a general agreement that Richard Linklater’s Boyhood is the best film of 2014, if not of all time. And it is certainly hard to dislike: I made several attempts during its 3-hour plus running time, and I couldn’t quite manage it. Nevertheless.

Linklater is great at understated moments of everyday emotion, but bigger dramas fall a bit flat: the stepfather’s violent outbursts, for example, lack any real sense of threat. As for the whole thing of watching the kid grow up onscreen, I got over that quite quickly – I mean, isn’t it just a cheap special effect?

Daniel Patrick Carbone’s Hide Your Smiling Faces is also a film about boyhood, and I must say I preferred it (to the best film ever made). Although it gets a respectable rating on Rotten Tomatoes, I seem to recall it getting a raw deal from some UK critics, who called it US indie-by-numbers ( a charge that might just as easily have been levelled at Boyhood in my view) or a Terence Malick rip-off. I don’t know much recent Malick, yet I can’t help feeling that if he had made this it would have been maudlin and preposterous. No doubt this is unfair. But it would certainly have been longer.

HYSF is a brooding meditation on death as it comes into the lives of two brothers in backwoods America. Not much happens – a gun appears in the early part of the film; later, it is almost fired. One character – a kid who becomes overly death-fixated after the death of a friend – is perhaps a bit underdeveloped. But it’s very atmospheric – around the boys the all-encompassing trees seethe with mysterious shadows. The contrast between the younger brother and his older sibling, as though the unformed features of the one had been defined and settled in the other, provides much the same frisson as you get from watching Boyhood‘s Mason go from boy to – er – teenage boy.

Perhaps it is the sense of mystery that I miss in Boyhood. At one point Mason is assured by his liberal-rationalist father (Ethan Hawke) that there are ‘technically, no elves’ and urged to find a substitute for spiritual awe in the biology of the blue whale (or something). I don’t think Mason is quite convinced, to do him and the film justice, but that isn’t enough. I wanted elves, and that’s what I got in HYSF. Not real elves obviously – then it would have been The Hobbit, and I would have hated it.