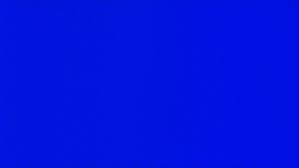 In his introduction to Derek Jarman’s Blue John Waters, who selected it as one of his favourite British films for a celebration of all things JW at the BFI, recalled how the first time he saw it the cinema had posters up warning punters that Blue was a film that resisted the tyranny of image (ie; you got a blank blue screen instead of pictures). Some cinemagoers had apparently been angry. But in a way, anger is the point – Jarman, dying of AIDS, is raging against the dying of the light here, the blank screen’s betrayal of audience expectations echoing the way Jarman’s body was betraying him.

Waters placed this in a context of gimmick movies, like those of William Castle, who startled viewers of House On Haunted Hill with a plastic skeleton winched out over the auditorium – this would have worked here too, as an additional memento mori. That’s what the blank screen is, after all: a reminder of that other great absence. The bits dealing with Jarman’s hospital treatment are all the more vivid for not being visible – this refusal of the outside world traps us inside his failing body with him, and so makes his plight inescapable.

But there is more to Blue than that: the blue screen also offsets the nullity of death with the possibility of something else, a way in to a realm where images don’t capture the soul. Neither side of the argument wins but a fruitful dialogue emerges, and it’s engaging enough that it’s a bit of a shock when the film ends and you’re stranded in a darkened auditorium – which stays dark for a time as if to ram the point home.

Out in the sunny afternoon again, wandering over to the ICA, I found the sound of a bicycle bell, echoing the crystalline tinkle of a bell that opens Blue, initiating a flashback to the film. Not a very interesting flashback, obviously. But then again the conventional approach to film-making – actually putting images up on the screen for audiences to look at – can have its problems, as the next day’s screening of Trog demonstrates. As is his wont Waters has gone directly from art to trash here, as if there were nothing in between. Director Freddie Francis apparently doesn’t like to talk about this addition to his filmography, and may well have wished he’d taken the Derek Jarman route, though in his case failing also to add a soundtrack either, or allowing the thing to be released at all.

But he did, and here it is in quite a decent print (although characters are occasionally cut off in mid-speech by an unexpected transition to the next scene).

Potholers encounter a strange monkey-faced creature in a cave, which kills one of them and leaves the others, at the very least, shaken. They end up in a scientific research centre run by Dr Brockton (Joan Crawford), who seizes upon their vague descriptions of the creature with such enthusiasm that it’s like she’s just been sitting there anxiously waiting for the missing link to turn up – or like she’s read the script and just wants to get on with it. And indeed the film is a testament to Joan’s (possibly vodka-fuelled) professionalism – whether exhibiting cool disdain or making dewy-eyed speeches about scientific progress she totally throws herself headfirst into it.

Once captured, Trog does indeed seem to be the missing link, but rather than immediately becoming a scientific cause célèbre, he, like the film, gets bogged down in a succession of court cases, in which local busybody and businessman Sam Murdock (Michael Gough) constantly heckles Dr. Brockton about the need to dispatch Trog before he has an adverse effect on property values in the area.

Dr. Brockton’s impassioned speeches win the day however, and she goes on teaching Trog to recognise colours (including blue) and play ball (which goes well until an ill-fated dog intervenes). Eventually some eminent scientists are coerced into paying the doctor a visit and an obscure surgical procedure allows Trog to project memories of the dinosaurs (in fact, footage from an Irwin Allen movie) onto a screen for their edification. You might quibble that Neanderthal man didn’t co-exist with the dinosaurs, but nobody knew that in 1970, least of all eminent scientists. Besides, they’re probably ancestral memories or something.

But of course this is not the kind of film where scientific progress can win the day, especially as scientific accuracy is not its strongest suit, and soon Murdock decides to win the battle of hearts and minds by releasing Trog and allowing him to go on the rampage – an ill-considered move, since he begins his rampage by killing Murdock. Then, as though belatedly intent on reminding us that this is a horror film, Trog invades the local village, hangs the butcher from his hook, and kidnaps a young girl (minor horror icon Chloe Franks) before the Army are called in and he winds up impaled on a stalagmite.

Trog himself made an appearance at this screening – former pro-wrestler Joe Cornelius – with John Waters interviewing him. He wasn’t the greatest interviewee, being rather deaf, but his belated realisation that he should have kept hold of the Trog mask and used it as a gimmick in the ring offered a useful insight into his world. That mask would have gone down well here too.

I’m not sure that Trog is Freddie Francis’ worst film – have you seen The Deadly Bees? – though it could be Crawford’s. It was certainly her last. I don’t know whether Trog was in any way responsible for her subsequent retirement but her oddly passionate bond with the Neanderthal in this film suggests a meeting of two survivors – instigating, perhaps, a weary realisation that there is something about simply going on and on (Trog’s survival into the 20th Century is never satisfactorily explained) that’s after all rather absurd. The blank screen has more dignity.