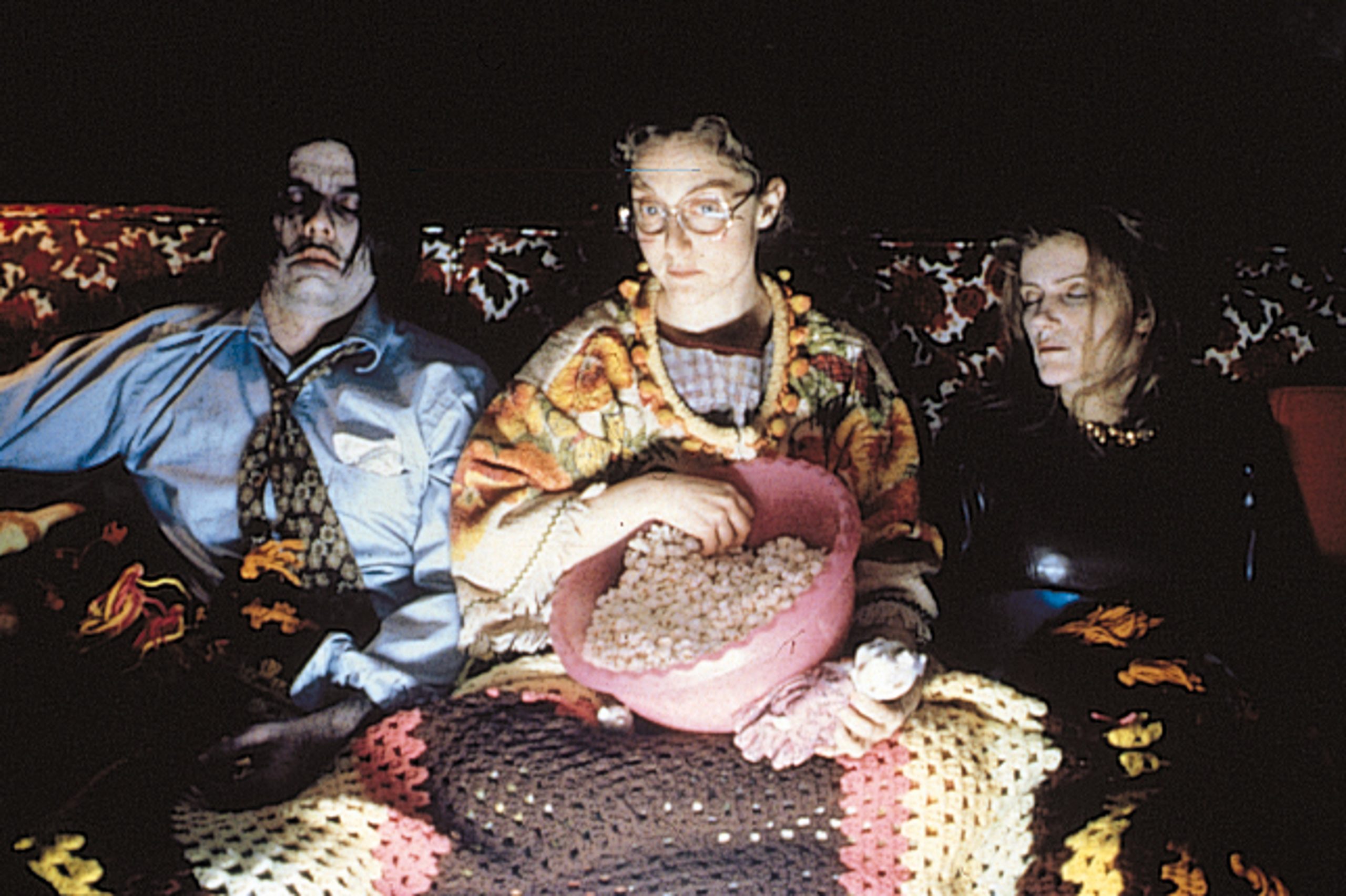 The first thing I knew about photographer Cindy Sherman making a sort of horror film was when I saw that feminist film club the Final Girls were screening it at the Prince Charles; either that, or I did actually see it at the cinema in the 90’s and subsequently forgot all about it, which is perfectly possible. It did seem a little bit familiar as I was watching it.

My consultation of Rotten Tomatoes suggested that not even many critics saw it, and of those who did, none liked it. And immediately you can see why. Sherman seems to have no gift for directing actors, appearing even to be deliberately undermining their performances. She can’t create a coherent tone or even keep the boom mike out of shot (unless this is a deliberate joke, or distancing technique).

However, after a while the film starts to make a kind of sense as a grisly black comedy about work in which a withdrawn office assistant who so identifies with her job (and hates her home life, dominated by her disabled mother) that when she is compelled to work from home she decides to take the rest of the staff with her – or at least their dead bodies, which she arranges in her basement.

As the office killer, Dorine, Carol Kane offers up a curious mix of broad comic caricature and psychopathology that is at odds with the mostly naturalistic performances around her but does at least give the film a certain ambivalence. Are we revelling in the mischief Dorine wreaks on her colleagues or appalled at her murderous behaviour? Most of her victims, and potential victims (who include Molly Ringwald and Jeanne Tripplehorn), are plausibly human enough that, however smug they might seem at times, they don’t actively demand to be bludgeoned to death.

The film, scripted by Elise MacAdam and Tom Kalin, mordantly compares the domestic sphere, traditionally occupied by women, with the ‘freedom’ offered to women by the workplace, which is merely the freedom to compete in a claustrophobic environment dominated by petty tyrants. Dorine manages in a sense to combine the two worlds – you might almost say that she’s ‘having it all’ – and she’s also quite competitive in the male-dominated world of serial-killing (even making away with a couple of girl scouts selling cookies door-to-door). But the film’s take on feminism is, shall we say, elusive.

So is Sherman herself, as she observes events in a neutral, almost uninterested, way, seemingly reluctant to take sides or impose any shape on the story, which is supposed to be the director’s job. There’s the odd moment where you can sense her pausing to enjoy an individual shot – Dorine’s mother ascending into shadow in her stairlift – but when it comes to assembling these into a narrative, she isn’t quite there. Which is just what you would expect from a photographer, I suppose – although considering what’s on offer to her characters, maybe it’s that she just doesn’t want to be there. Which is a valid stance, I think.