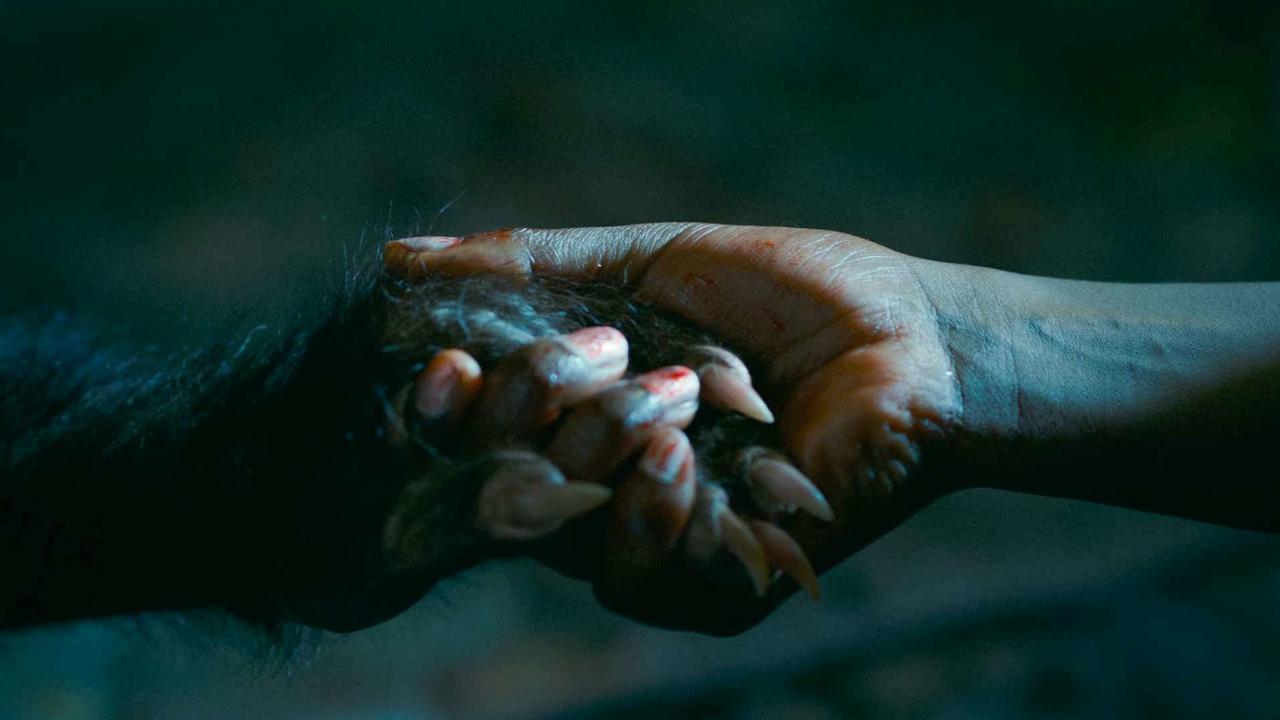 The first film by Brazilian directorial duo Juliana Rojas and Marco Dutra was 2011’s Hard Labour in which a woman’s attempt to get her small business (a grocery store) off the ground is undermined by the corpse of a werewolf lurking behind one of the walls – and also by her unemployed husband’s bitterness at his ‘shameful’ failure to provide for his family, something which the dead werewolf comes to embody.

The film is essentially a social drama, and treats its genre elements in a low-key way, as though it were indeed ashamed of them. Naturally, this approach suits the material down to the ground. It didn’t set the London Film Festival on fire as I recall, but the film certainly started a flame in my heart.

Good Manners is the second film from the duo (though they have done things separately) and is as different from Hard Labour as a living werewolf from a dead one. It absolutely isn’t ashamed of its genre elements, nor does it pretend to be. Instead it gleefully chucks into what starts out (again) as a social drama, not just another werewolf but elements of the fairy tale, the musical, and Disney films.

Michael Blyth, introducing, says that – more than is usually the case – the less you know about this film in advance the better, and that he bore this in mind when composing the program notes. This may have had the result that the assembled audience (a large one) contains a lot of people who aren’t expecting to witness a child tearing its way out of his mother’s womb. No wonder they seem a bit dumbfounded.

My cousin-in-law Stuart, already battered about the head by Let The Corpses Tan, was one such, and attempting to process it afterwards said that it was ‘a film of two halves’. This struck me as an understatement – I’m sure I counted at least five.

Anyway this is how it (SPOILER ALERT) goes: Clara (Izabél Zuaa) gets a job as a maid/nanny to the pregnant Ana (Marjorie Estiano), who has been disowned by her wealthy family because (it transpires) she has chosen to give birth to the child of a rape. Neither is it an easy pregnancy since associated symptoms include killing – and eating – a cat while sleepwalking. The rapist father, you see, was a werewolf – hence the even-more-difficult (and for the mother fatal) birth already described.

Furthermore, Ana and Clara have become lovers, and although Ana is now dead, Clara is determined to raise the child alone, which has its complications, notably the fact that young Joel (Miguel Lobo) has to spend nights of the full moon chained up in a cell. When one day he disobeys Clara’s orders and goes off into the city with a friend in a futile attempt to search for his father he ends up locked in a shopping centre for the night and the consequences are dire, particularly for the friend.

The transition between genres, as social drama turns to horror, and horror is itself undermined by the relative cuteness of Joel’s furry alter ego, is not elegant, and yes, there is a point where people without warning start singing. Then again, the title is ironic – Rojas and Durtra are not interested in making a polite film. It’s conceived as a bumpy ride, and that’s how it felt; but it won me over.

Zuaa’s performance has a solid calm strength about it that gives the film a certain stability, and the fairy tale atmosphere also helps to contain elements which otherwise might have been overly jarring, situating them in a context slightly removed from the real – most strikingly, matte paintings give Sao Paulo a magical air, like an illustration from a children’s book.

Nevertheless all fairy tales come to an end, and not necessarily a happy one. We leave Clara and Joel (in wolf cub form) poised to resist an onslaught from the local community, who have descended on them en masse like a torch-bearing mob of villagers on Dracula’s castle. And like those villagers, they have a point – Joel may be an innocent but he is not technically innocent.

Still, it’s impossible not to sympathise with our underdog protagonists – the more so because the odds seem so heavily stacked against them. The moral of the film might be: it’s not just difficult to bring up child ‘correctly’, it’s actually impossible.