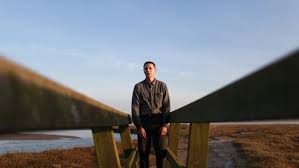 In this Spanish offering from directors Caye Casas and Albert Pintó, various members of a family gather in an old dark house for New Year’s Eve, only to be joined by a dwarf who emerges from the toilet (the room, not the bowl – at least as far as we can tell) and declares that he is God, and that the entire human race is going to be destroyed the next day, except for two people, who they get to select.

After this initial flourish the film doesn’t have too many more surprises up its sleeve (apart from the one already given away in the title) but it’s entertaining enough, and the bickering among its characters is quite amusing. Still, you can’t help feeling that a film where (SPOILER ALERT) everyone – even God – dies ought to have a bit more gravity; or on the other hand be a bit crazier.

But perhaps a title like that is bound to be setting us up for disappointment. Just not, in this case, a very big one.

This is the crowdfunded debut of British director Harry Lindley, and many of the crowd seem to be here, in a packed downstairs screen in the Prince Charles. The film is set almost entirely in the flat of Leo (Julian Mack), an eccentric computer geek who is monitoring the evolution of the mother (and father) of all computer viruses, called DAISY, which as well as being a 2001 reference is also an acronym for ‘the five rules for creating something from nothing’.

The arrival of Leo’s adopted sister Lex (Saabeah Theos) and her boyfriend Dru (Hainsley Lloyd Bennett) barely distracts him from his experiment, although it does become apparent, to Dru’s alarm, that brother and sister are rather close. Just as his discomfort is getting too much to bear and he and Lex resolve to leave, DAISY locks them all in, and even Leo can’t get through to her, though he is more thrilled than disturbed by the turn of events as DAISY starts to manifest herself in solid, organic, form.

This was apparently inspired by a work of non-fiction about technology, but I have to say I wasn’t quite clear on the mechanics of just how a computer virus translates into a plague of moths or electric holly growing from Dru’s mouth. Still, if the key ingredient is intensity there is no doubt that Mack’s performance has that, and Lindley’s direction maintains the tension nicely.

The claustrophobic setting emphasises the incestuous overtones, which come to the fore when, in a Demon Seed-style twist, Lex is impregnated by DAISY (and, implicitly, by her adopted brother). She, like her brother, winds up dead but we see the baby glowing in her womb like the Star Child, suggesting that either the New Messiah (she was a Christian), or an evolutionary Great Leap Forward, or both, are in the works. The film also offers a promise of good – or at least interesting – things to come.

THE WITCH IN THE WINDOW

Unravelling mothers have been the focus of a lot of recent horror films (The Babadook, Under The Shadow, Hereditary) – US writer-director Andy Mitton’s TWITW reverses the trend by making the father the central figure, and if finally he vanishes into the woodwork, that doesn’t mean he’s not still there for his son: here it turns out that a man’s place is in the home.

Simon (Alex Draper) takes his young son Finn (Charlie Tacker) to help him do up a house in the country, which he secretly hopes will make a home for them and his (currently ex) wife, at some fondly-imagined future time. But it isn’t long before his plans are threatened by an undisclosed sitting tenant: the late former owner, Lydia, a witch, who, having begun her campaign of terror in the usual low key way by making funny noises and interfering with the electrics, becomes more and more apparent as the house is renovated, eventually materialising to both father and son in broad daylight.

Though Mitton builds tension quite effectively at the start, I wasn’t entirely sold on his decision to show the glowering witch (Carol Stanzione) plainly – staring through a window at the oblivious characters for example. But it has its compensations, for example in the scene where Lydia appears in her favourite chair by the window and refuses to fade away as Simon and Finn gradually approach her. Her ruthless persistence is unnerving, but over and above that there’s a real sense of social awkwardness about it – ‘I can see you’, Simon tells the ghost, as though forced to draw attention to a glaring breach in supernatural etiquette.

This curious aspect of the haunting makes itself felt again later, with Lydia now able to take on the appearance of other characters. After having a heart-to-heart with Finn, complete with I love you‘s, Simon discovers while talking to his wife on the phone that Finn is in fact miles away, with her, even though something that looks identical to him is still sitting right beside him. What follows is another painfully awkward moment as Simon hangs up and prepares to turn back to what he thought was his son – I mean, what do you say? The fact that Simon believed that he’d just established a true emotional connection with only him makes this all the more agonizing.

Finally, realising that his dream of reuniting his family is doomed, Simon strikes a bargain with the witch, freeing her from her imprisonment in the property by taking her place. This transforms the house from a ‘bad place’ to a good one, and both wife and son move in, creating a troubling, ironic ‘happy ending’: Simon’s dream has come true after all, but it is conditional upon his absence (as a living human being, at any rate).

In a film where the supernatural manifests itself in broad daylight and you can strike deals with it, you might think that a certain mysterious quality vital to the ghost story might be lacking. Yet it may be that we simply have to look for the mystery elsewhere, in the breach between Simon and his ex. We never know the reasons behind their split – did he do something unforgivable, or did she? Was it just one of those things?

Talking to ghosts is easy it turns out, the fundamental question here is how the hell two real live people can ever live together.

Actually, looking back at Frightfest, hasn’t it all been about socially awkward situations – The Cleaning Lady, Braid, Piercing – often taking place indoors? It’s as if the closing film, Gaspar Noé‘s Climax, has set the agenda. In that film, all set in one building, a troupe of dancers succumb to sangria spiked with LSD and, having in various ways come together and fallen apart, end up dancing (or at least, writhing) on the ceiling, since the camera has by that stage been turned upside down.

However Possum, which was my Frightfest climax, is – like its hero – less engaged with society, although in another sense it is more outward-looking: there’s no shortage of exteriors, and of course they offer no escape.

Unlike The Witch In The Window, Possum takes the traditional view that half-glimpsed horrors are the more effective, with director Matthew Holness (once TV’s Garth Marenghi) on hand to state his preference for low-resolution images, in which mysterious terrors can more easily thrive. Possum is not always murky, with its stark 35mm shots of disquietingly bleak Norfolk landscapes from cinematographer Kit Fraser, but it certainly represents a triumph of atmosphere over narrative clarity. A resounding triumph, actually.

Those landscapes and the film’s isolated protagonist Philip (Sean Harris, excellent) bring to mind the BBC’s MR James adaptations, though nobody at this showing mentions that, and to be fair the content is not exactly Jamesian. There is no ghost. Instead, Philip is haunted by his traumatic childhood (he was bullied and his parents were killed in a fire – which he may have caused) and as an adult wanders around with a bag containing a grotesque spider puppet that sports a crude version of his own face.

The idea is that he might be a children’s entertainer, but in practice there was only ever one performance, which left the kids who saw it traumatised rather than entertained. Now he has returned to his parents’ house where his only companion (apart from the puppet) is his uncle (?) Maurice (a memorably seedy Alun Armstrong) who offers him sinister sweets from jars and bursts into helpless choking laughter at his misfortunes. Meanwhile, a young boy has gone missing.

The film is constructed around repetition – essentially, Philip keeps trying to get rid of the puppet (stuffing it in the bin, chucking it in the river etc.) and it keeps coming back. We can’t tell how much of what happens is imaginary, nor if it is happening in chronological order. You would think that there wouldn’t be enough material for half an hour, let alone 70 minutes, and actually there isn’t quite, but on the whole this is enthralling.

Maybe I should ‘declare an interest’ though. One of the peculiar things about being a horror fan is the way in which it can make you treasure your own phobias, and this is one for the connoisseur of arachnophobia, though there isn’t a spider in it (apart from a smallish one that goes scuttling over the bedroom floor at one point). The puppet serves as a more powerful incarnation of this particular terror than the thing itself – the question of whether the thing is in some way ‘alive’ is never resolved and is academic in any case. Just seeing it on the ground with its legs bunched up around it is enough to evoke the spider’s notorious potential for bursting into scrabbling action from a position of crouched stillness.

Beyond that it has a powerful symbolic value – the puppet embodies Philip’s buried traumas and his guilt and at the same time it’s his only friend. Of course he can’t throw it away…. except he does, at the end. This is when Maurice is revealed as the ‘villain’ who abducted the missing child, and Philip kills him and releases the boy, providing him with some sort of ‘closure’ and leaving us with just one question – did any of that really happen?

Holness wrote Maurice in as a real live person initially – now, as he reveals in the Q&A, he’s not so sure. Is Philip imagining him? Did Philip abduct the child? Or maybe the brief scene where Philip releases the child is merely symbolic and Philip is setting free his childhood self. That’s almost too much ambiguity, and Holness – so it seems – is caught up in it as well. But so was I. Harris is persuasively sunk into his role and I was equally immersed – though in my book the question of whether a large spidery creature is living or dead is not one that allows me the luxury of ambiguity. It has a decided urgency about it, one that translates here into real tension. The BBC Radiophonic Workshop contributes to the uneasy ambience.

So that was Frightfest 2018, a journey from social awkwardness to social isolation. A bit like most of my journeys really. And all the more satisfying for that.